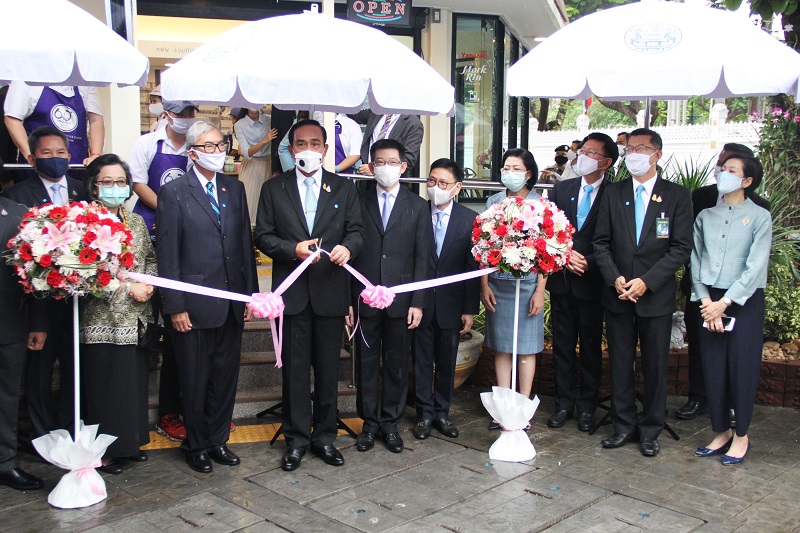 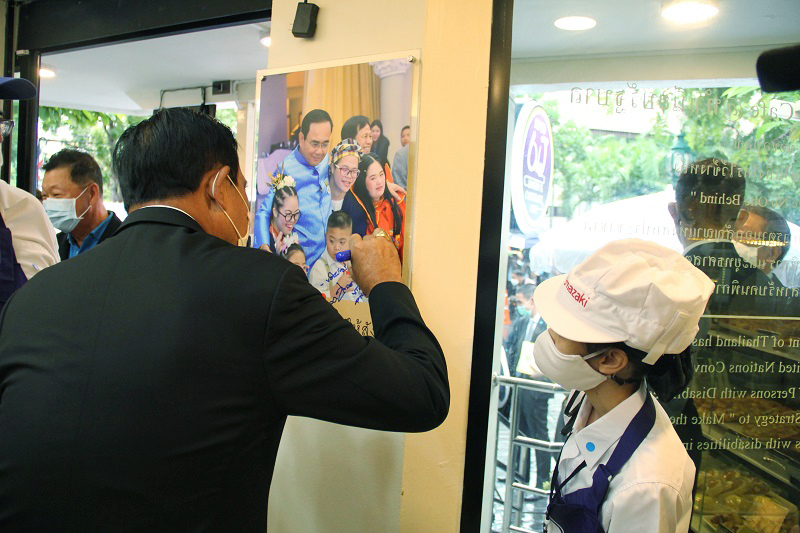 H.E. Gen Prayut Chan-o-cha, Prime Minister signed a wish to the Cafe's sucess at his photo with the group of disabled people. 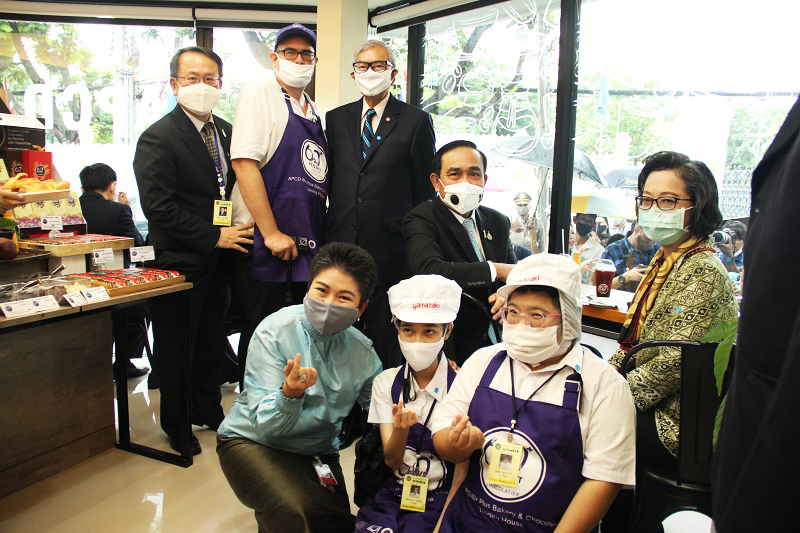 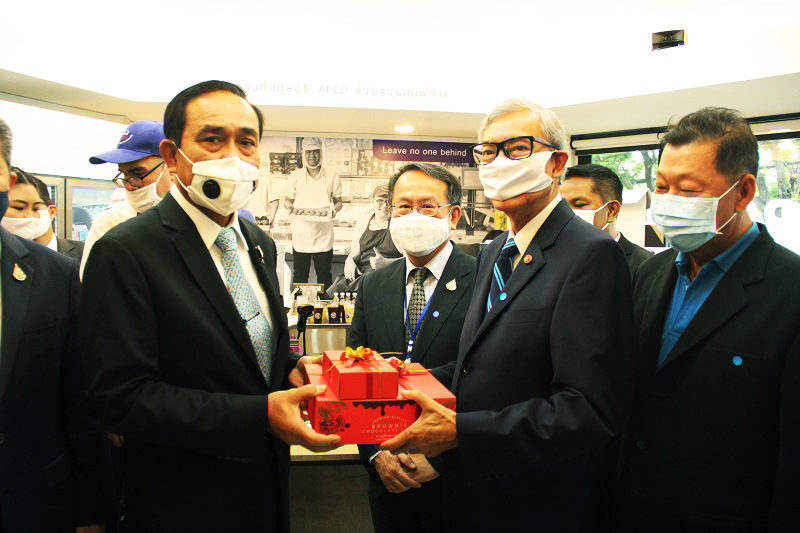 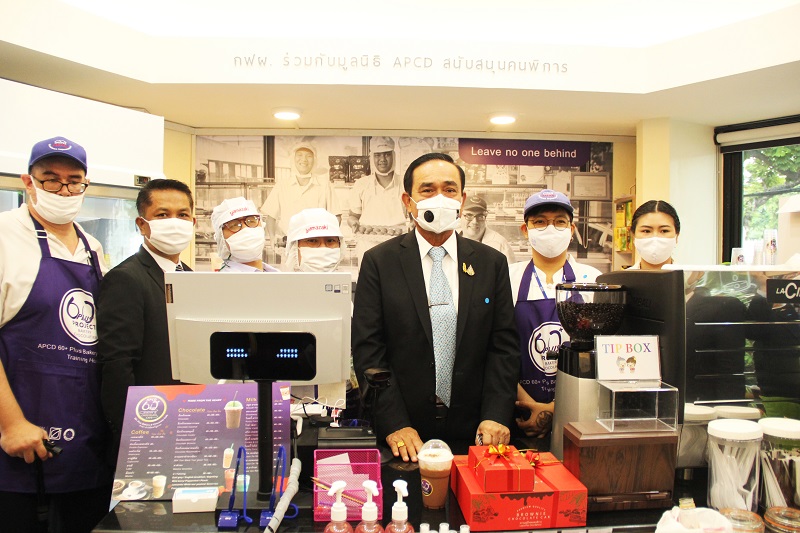 Group Photo of the Prime Minister with cafe staff with disabilities inside the cafe. 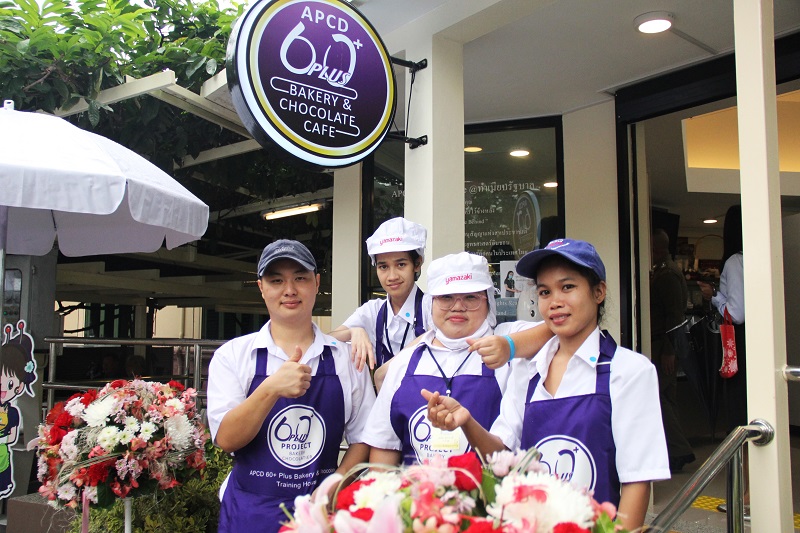 Group photo of trainees with disabilities and cafe staff 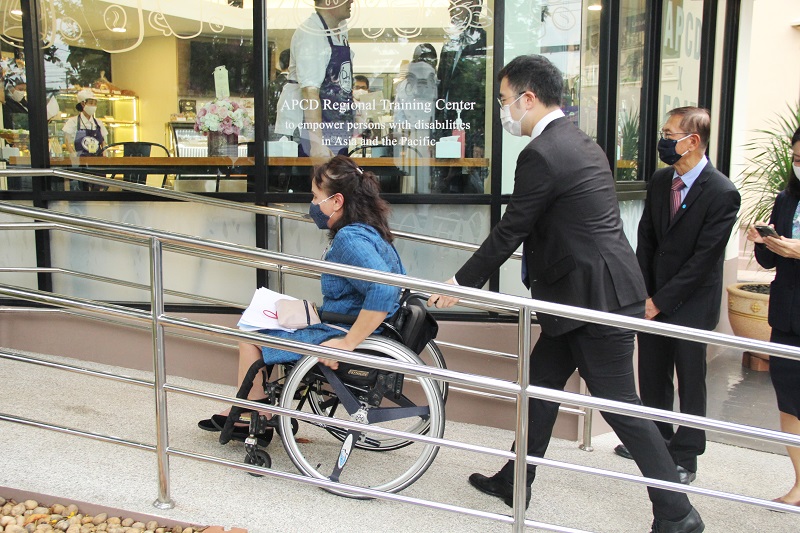 Accessible check during the official grand opening ceremony by Ms. Nongnuch Maytarjittipun, Executive Secretary to the Executive Director and a honorable guest.

The Prime Minister presided over the opening of APCD 60+Plus Bakery & Chocolate Cafe.